Around 3.5 million people are without electricity in Puerto Rico after Hurricane Maria wipes out power to the entire island.

Winds of 155mph hit the southeast coastal town of Yabucoa in Puerto Rico and spread over the small island as people were forced to wait it out in shelters or take cover inside stairwells, bathrooms and closets.

Widespread flooding was reported across the US-territory, with dozens of cars half-submerged in some neighbourhoods and many streets turned into rivers. People calling local radio stations reported that doors were being torn off their hinges and a water tank flew away.

It is the biggest hurricane to hit Puerto Rico in 80 years and the third major storm to strike the region in as many weeks.

At least nine people have died across the Caribbean after Maria battered the Virgin Islands yesterday. The Category 4 storm is now expected to move toward the Dominican Republic and Haiti.

Damage to the island’s already crumbling electric grid is likely to compound the economic woes of the islanders who are struggling after years of recession.

Puerto Rico is struggling to restructure a portion of its $73bn (£54bn) debt, and the government has warned it is running out of money as it fights back against furloughs and other austerity measures imposed by a federal board overseeing the island’s finances. 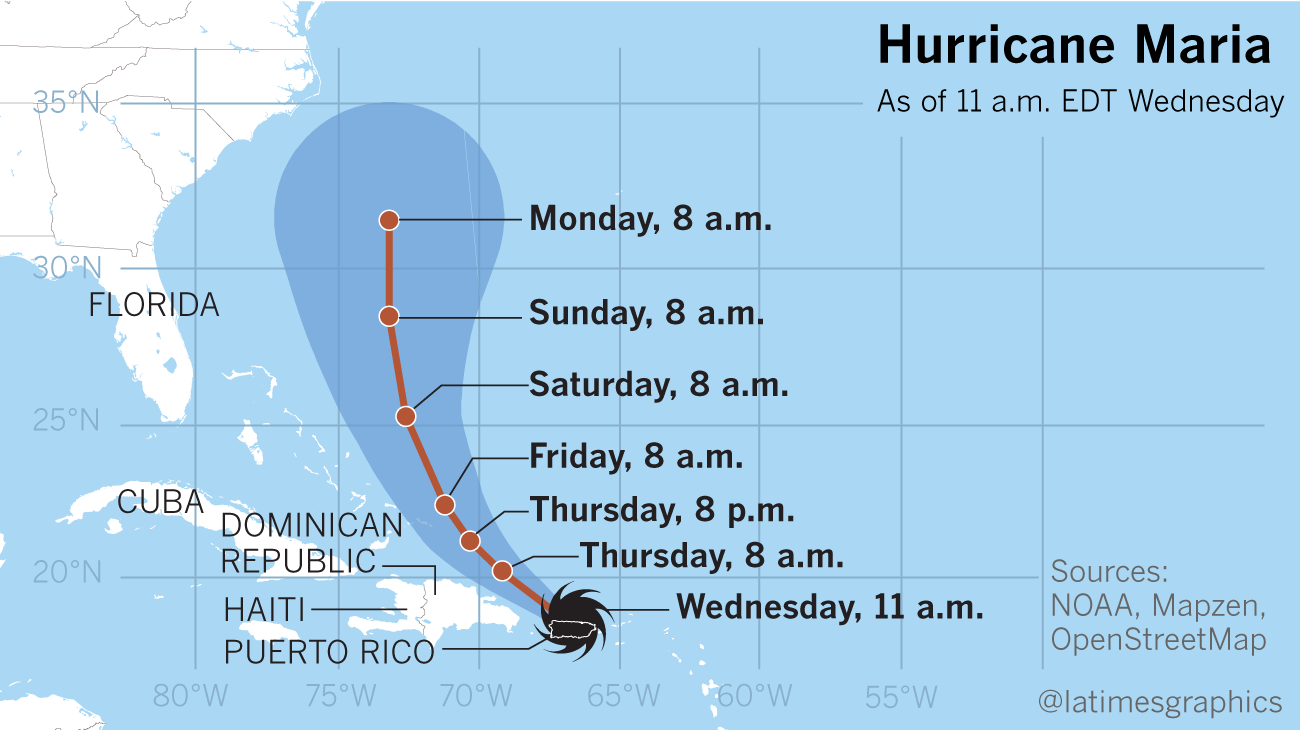 Felix Delgado, mayor of the city of Catano on the northern coast of Puerto Rico, told WAPA Television that 80 percent of the homes in a neighborhood known as Juana Matos were destroyed.

El Nuevo Dia newspaper reported that 80 percent of homes in a small fishing community near San Juan were damaged, and that an emergency medical station in the coastal town of Arecibo lost its roof, while communication was severed with several emergency management posts. A hospital and a police station reported broken windows, and a tree fell on an ambulance.

The Stone You’re Drawn To Reveals More About You Than You’d Think!

This Is What You Should Know When Paying With Your Credit...